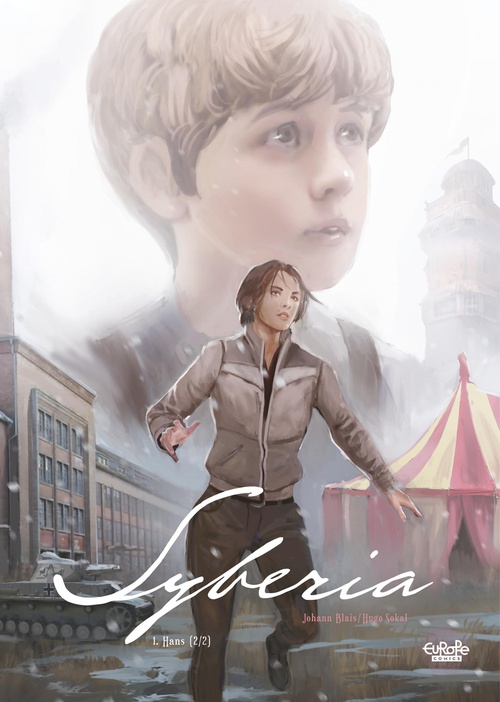 Kate Walker, a lawyer from New York, was only supposed to spend a few hours in the village of Valadilène in the French Alps. She goes there to finalize the purchase of the Voralberg automation factory on behalf of her client, Universal Toys. But she soon finds out that while the director of the company, Anna Voralberg, has just died, Anna's younger brother is still alive and is the heir to the family business. To find him, she has no choice but to begin a journey through the history of the 20th century. Little by little, she uncovers the story of Hans Voralberg, a genius inventor of complex automatons who has been in exile in Eastern Europe since childhood. For the first comics adaptation of his cult game, Benoît Sokal has chosen to revisit "Syberia" and propose an alternative version to the reader. The result is a perfect prelude to the third installment of the game and an ideal opportunity for the young illustrator Johann Blais, chosen by Sokal himself.