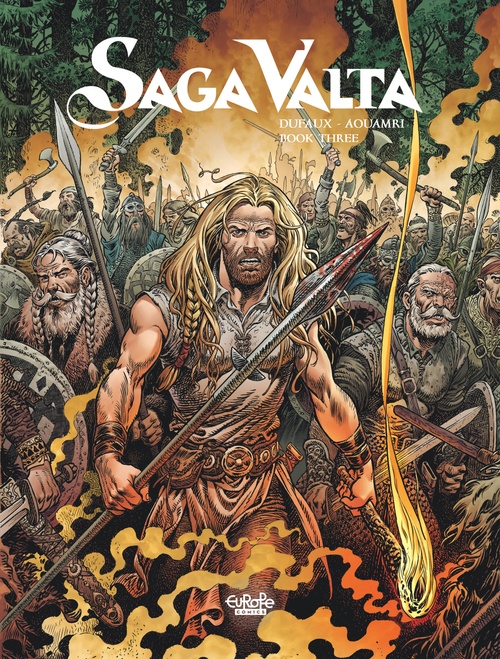 After many a long year and many a hard battle, Valgar of Valta is reunited with Astridr Argfusson-only to have her testify before the Council of Elders that he abused her father Thorgerr's hospitality by raping her! How could his one true love ever say such a thing? Investigations reveal the mind-altering influence of the Song of Hunlhot, black magic wielded by Thorgerr's advisor Dar Guilva. To uncover its secrets, Valgar and his new archer ally must undertake a perilous quest to the castle of Lyhmm, the mad bard. Don't miss the smashing conclusion to Saga Valta!