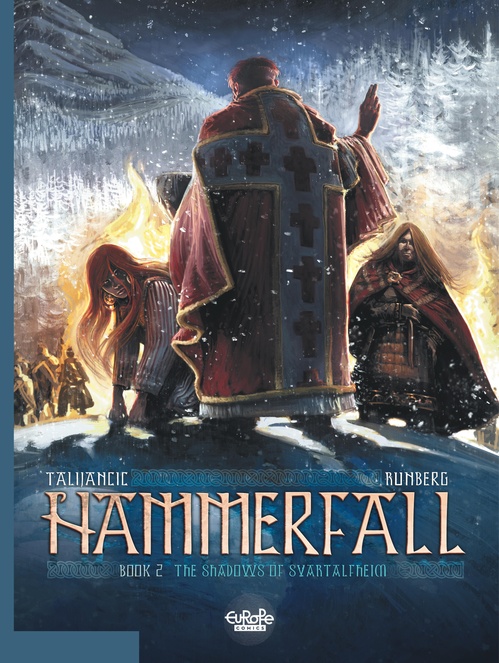 Hammerfall - Volume 2 - The Shadows of Svartalfheim

Bjrn the Beautiful's march through the North with his band of slaves continues. As payment for protection and passage through Svartalfheim, some slaves have been given to the ruthless Skanes. With their family now separated, the surviving members of Harald's clan must now find ways to endure and eventually escape their servitude. Family crises, sword-play, a slave-driving poet, and sacrifices to a giant: from the intrigues of Charlemagne's court to the non-human tribes of Europe's Far North, Hammerfall follows both the expansion of a religious empire and the suffering its violent spread inflicts upon the people of the conquered territories.