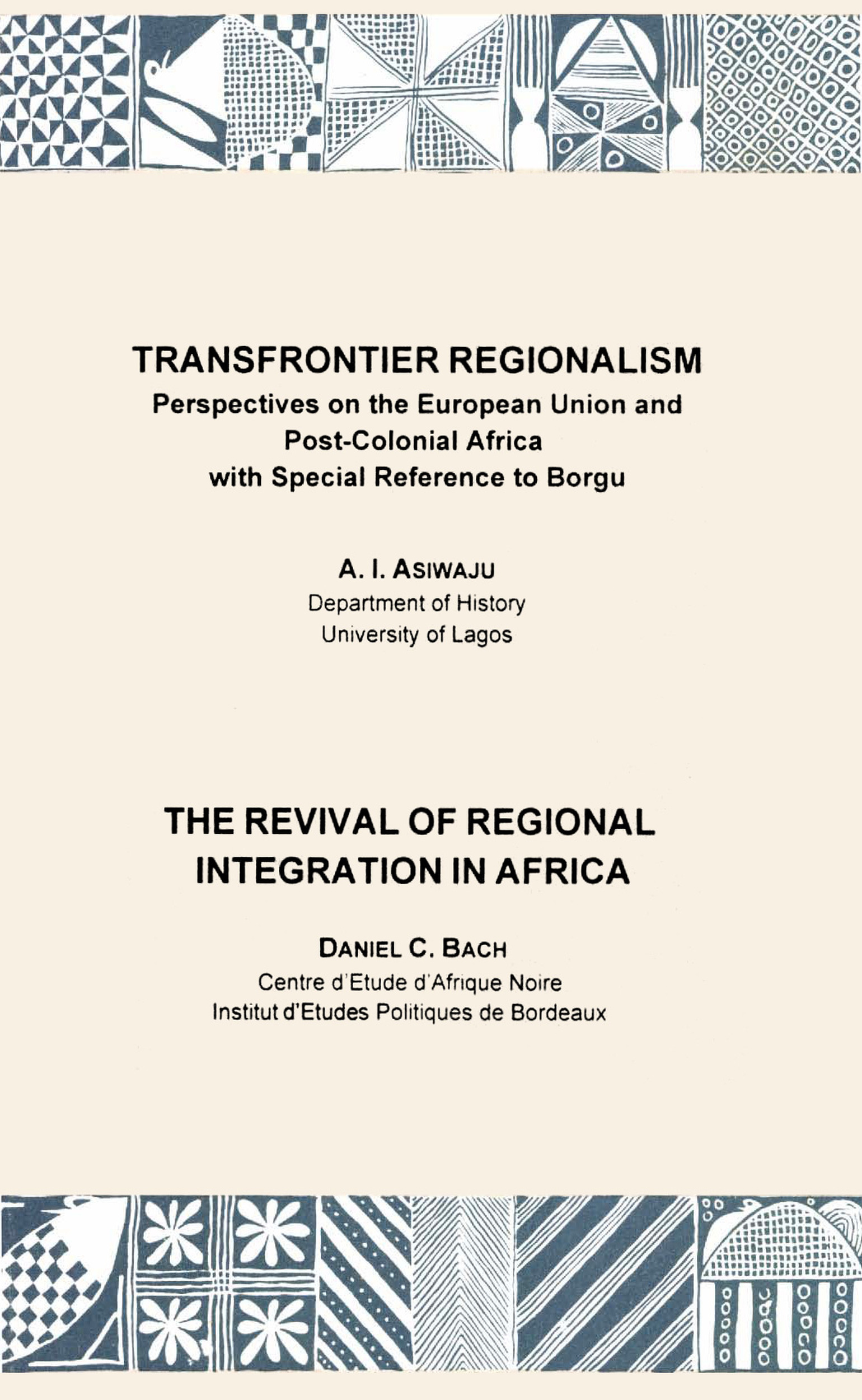 Transfrontier Regionalism. The Revival of Regional Integration in Africa

The views and perspectives adopted by A.I. Asiwaju and D. Bach appear sufficiently distinct, yet they converge on several key issues: i.e., the informal achievement of regionalization in Africa through kinship and other non-state networks; the resistance of Africans to boundaries inherited from the colonial period; and the consequences of the arbitrariness of these boundaries. Anyone who has ever crossed the Seme border between the Federal Republic of Nigeria and the Republic of Benin cannot but subscribe to the perceptions shared by the two authors. Whatever the purpose of the trip, travellers crossing the border share the experience of being in a lawless area: the occasional traveller who behaves suspiciously will immediately attract the attention of the immigration officer who begins to search through his papers scrupulously, looking for any error; on the other hand, the market woman, who knows the system, crosses with ease. The popularization of these border scenes by novels and video productions is significant evidence of the intensity of transborder movements in West Africa, and of the constraints as well as the resources offered by the borders. This dual reality of what appears as an obstacle to the implementation of institutionalized regional integration schemes and as the booster of an informal market-driven trade flow, is widely documented and discussed in the two papers.